Many residents in Tanoan travel a few miles to run errands at Sycamore Plaza and North Towne Plaza. Drop by North Towne Plaza to check out Sushi and Sake. This restaurant serves Japanese and Korean cuisine. It closes in the middle of the day on Mondays-Saturdays, but it’s open all day on Sundays. If you prefer eating somewhere closer to the neighborhood, try out the Cinnamon Cafe, a restaurant that’s a little over a mile away. Cinnamon Cafe serves breakfast, lunch and of course, scrumptious cinnamon rolls. It even offers cooking classes for kids and adults, so think about inviting your friends and family along to learn new cooking skills. Academy Hills Park has a few amenities that’ll entertain you while keeping you fit. The park includes a one-mile long trail, a playground, sports fields and space for walking, running or flying a kite. There are a few schools that surround Tanoan. They include two elementary schools, one middle school, one high school, an independent school for sixth to 12th graders and a few Christian schools.

The real estate properties in Tanoan are mainly single family residences. These Tanoan homes possess between two to five bedrooms. Many of the residences in this community were constructed during the 1980s, meaning that they’re established, but relatively recent. Living in Tanoan entitles you to a neighborhood that’s close to several basic amenities, has a healthy economy and has a strong housing market. Plus, it’s luxurious and secure.

If you want to know more about homes for sale in Tanoan, New Mexico, please contact us today.

Such a lovely and well cared for Tanoan East home with four bedrooms, including one bedroom located on the main level. Traditional finishes include beautiful wood floor...

PRIME TANOAN GOLF COURSE VIEW LOT is just one amenity that graces this fabulous home tucked away in one of ABQ's finest gated communities on a dead end, cul de sac street...

EXCEPTIONAL custom home in the gated community of Sauvignon, overlooking the Tanoan golf course. This home is a TRUE single story, with elegant contemporary design and f...

Live your dream...in this extraordinarily beautiful, luxury home! Quality built on the 3 fairway of Tanoan Golf course with views of mountains, golf course and city ligh...

The very last opportunity to build your custom home in the Masters subdivision of the prestigious Tanoan community! This home site is .62 of an acre with stunning mountai...

Almost 5,000sqft in Prestigious Tanoan East with absolutely INCREDIBLE views!! Enjoy mountain views as you overlook the 6th Hole of Sandia and float in the pristine, HEA...

SOLD!! Tanoan on the Golf Course 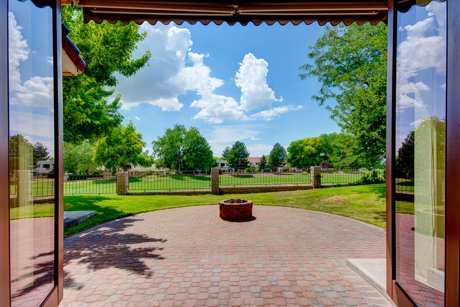 Reviews on Zillow
3684517
"Veronica is without a doubt an Albuquerque gem!!! She helped my family and I in a difficult time, sell our home and the experience was amazing!!! I ... more "

5.0/5.0
by triechelt
3651814
"Veronica and her team served us very well. We selected Veronica because she seemed to understand our neighborhood near Albuquerque Academy better ... more "

Hello and thank you for visiting my website, I am Veronica Gonzales and after more than 18 years of serving as an Associate Broker in the Albuquerque Metro area, I understand that my business success is attributed to my commitment to providing outstanding customer service to my clients and customers by making their best interest my priority.

I have built my reputation on professionalism, integrity, market knowledge, continuous education and the employment of professionals in the industry to assist me in the marketing and successful closing of each transaction.